Big, green, and all lit up for the season, the Christmas tree has long been one of the most iconic symbols of Christmas. The holiday season is marked with lighting of the 100ft tree in Rockefeller Center, the White House tree on the South Lawn, and many others around the world. 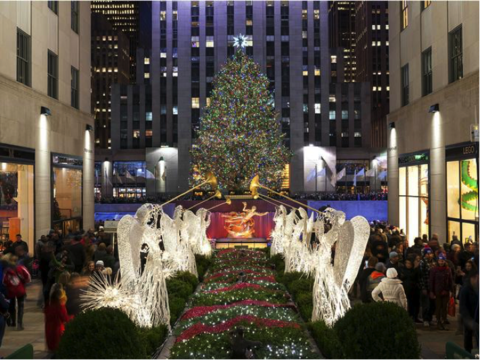 The Rockefeller Tree all lit up for the season

The practice of decorating homes with evergreen garlands and wreath dates back to ancient times, when many saw them as a symbol of eternal life. During the festival of Saturnalia, amongst the feasting, gambling, and general drunken merry-making, the Romans would decorate their homes and temples with evergreen wreaths. The story of Saint Boniface recalls how after the saint cut down Donar’s Oak, a sacred tree for the pagan Vikings and Saxons, an evergreen grew out of its stump coming to represent the three parts of the Holy Trinity. 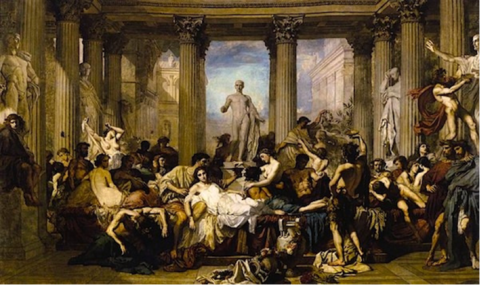 Records of decorated Christmas trees began to appear in the 15th century in Latvia, Estonia, and Germany, where business guilds would decorate trees in their meeting halls before they brought the trees out to the town squares and danced around them. These trees were decorated with apples, nuts, paper flowers, and sometimes even pretzels! After the Protestant Reformation in the 16th century, many upper-class Protestants in German adopted the Christmas tree to replace the Catholic Nativity scene. The Protestant Reformer Martin Luther is believed to have been the first person to put candles on the tree, and upper-class families popularized the trend and used wax candles (an expensive luxury at the time). As these upper-class families married into the various noble houses of Europe, they brought the tradition of the decorated Christmas tree with them, while other German immigrants brought the tradition around the world with them. 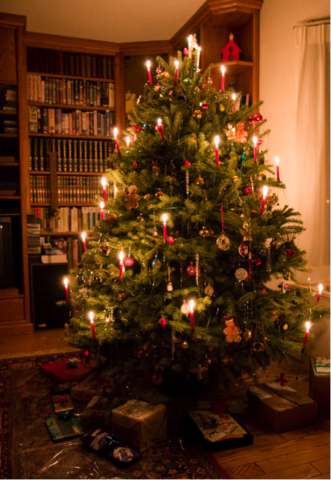 While Candles Make a Beautiful Addition to Your Tree, They Also Present a Fire Hazard. We Recommend Using Electric Candles.

The popularity of the Christmas tree boomed in the 19th century as images of Queen Victoria, Prince Albert and their children gathered around their Christmas tree were published in newspapers around the world. 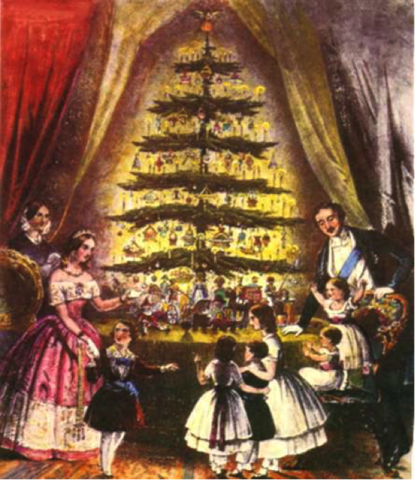 Queen Victoria, Prince Albert, and their children gather around their Christmas tree.

The traditional decorations of fruits and nuts were replaced with garlands of glass beads and tinsel. Glass artisans began to create delicate baubles, painted in bright colors. Fake snow even began to appear as families began to wrap strips of cotton around branches. This practice became even more popular in the 1940s and 1950s as the Hollywood films of the era popularized the style. 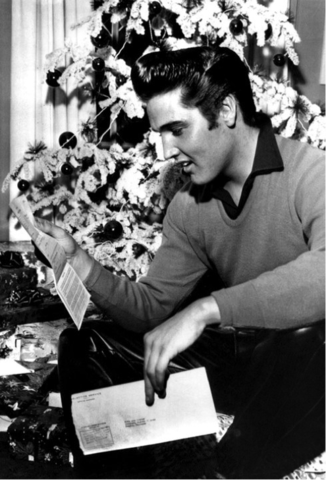 Elvis reading letter from fans in front of his “snow” covered tree.

German settlers in the United States, dating all the way back the War of Independence, with Windsor Lock, Connecticut and Easton, Pennsylvania both claiming to have the first Christmas tree in America. The German immigrant August Imard popularized decorating Christmas trees with candy cane and Edward H. Johnson, the vice president of Edison Electric, became known as the “Father of the Electric Christmas Tree Lights” when he illuminated his tree in 1882. The practice of illuminating Christmas trees has continued ever since!

Artificial trees, originally made with goose feathers dyed green, have been around since the 19th century. By the 1930s, trees made from brush bristles replaced feathers and by the 1950s aluminum trees were all the rage. Although Charlie Brown, Snoopy, and their gang of friends went with a natural tree, artificial trees remain more popular today than natural trees in both the United States and the United Kingdom. 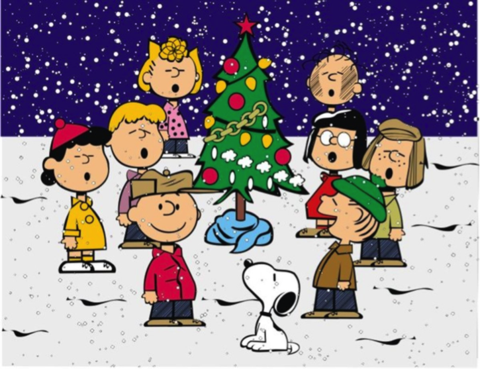